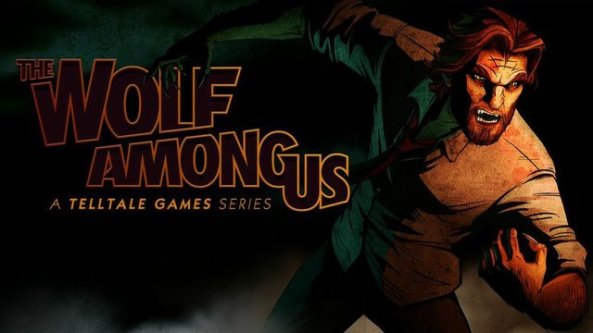 Telltale has returned, not with The Walking Dead The Game Season 2 but with another graphic novel property. Based off Bill Williamham’s Fables, The Wolf Among Us is another 5 part episodic series. Taking place before the start of the original series it follows the life of Bigby The Big Bad Wolf. The Walking Dead was a surprise breakout success that put Telltale on the map. Will The Wolf Among Us be a similar success?

Fables is a comic book series about fairy tale characters who have escaped from their mystical world of the Homelands and entered the mundane  a representation of our own world. The Fables have lived among the mundies for centuries eventually developing institutions to deal with concerning with the lives of the Fables. In order to live in the mundane world Fables need to purchase magical Glamours to disguise themselves to live among mundies to detract attention from the Fables.

What is the game about?

The Wolf Among Us is a prequel to the series taking place 20 years before the start of the series. Bigby Wolf AKA The Big Bad Wolf is the acting sheriff of Fabletown enforcing the rules and dealing with issues to help keep the peace among the Fables. The story revolves around the murder of a Fable. Bigby and his partner Snow White are sent in to investigate.

Your decisions could change everything.

The Wolf Among Us is a point and click adventure game like most of Telltale’s game. You explore areas looking for clues to advance the story. Like The Walking Dead, the game focuses on the conversations between characters and the choices you make over the course of the game. Most choices are timed decisions giving you multiple responses to a situation. Depending on your decisions it can affect the outcome over the course of the game. There are action scenes to change the pace of the game. You have to perform quick-time-events to prevent situations from turning bad to worse.

The Wolf Among us is more of a choose your adventure game rather than a point and click adventure. The is limited adventure game elements like inventory puzzles primarily focusing on the dialog. The adventure elements did slow down the pace in The Walking Dead but it did give variety. The adventure elements in The Wolf Among Us consist of examining everything and letting the story advance. The action sections are an improvement over The Walking Dead’s. They are more dynamic, entertaining and fun to play through. 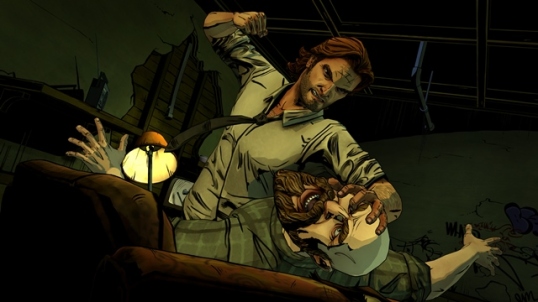 The Woodsman vs The Big Bad Wolf

The writing is where the game’s the strongest. I knew nothing about Fables before playing The Wolf Among Us. Just playing the demo was enough to convince me to try out the rest of the season. After finishing the first episode I’m considering reading the comics. Telltale has created a well told story that introduces some of the lore of Fables without feeling like an exposition dump. Episode 1 is stronger than The Walking Dead Episode 1 but I am not convinced it will reach the highs that The Walking Dead did.

Should you buy it?

It’s hard to base the game just off the first episode. Based off the writing I have high hopes for the story but the game aspect is something that could use some work. It slowly feels like Telltale games are turning into a series of visual choose your own adventure novels. That isn’t a bad thing because of the strength of the writing. Episodic games can be short-term or long-term investment. If you don’t want play full price for the season pass if you have doubts then you can spend $5 an episode and stop if you feel like you had enough.