The first Nintendo Direct for 2015 was released last week and  it’s a loaded one. A slew of new games, updates to the Wii U and a new 3DS are coming in the new year and there’s a lot to be excited for.

New Fire Emblem for the 3DS 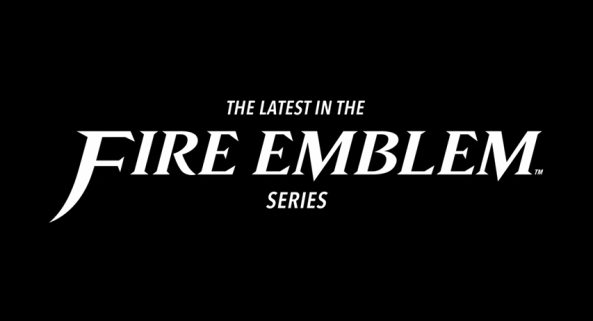 This new Fire Emblem by Intelligent Systems is said to have to have choices that affect the story in addition to the character support system of the series. The cinematic shows very cool character designs and animation but my take away from the trailer is that the 3D character models actually have feet! Fire Emblem Awakening looked very strange because when ever you saw the character in 3D they all had peg legs or incredibly small feet. This is definitely what I’m most excited about. 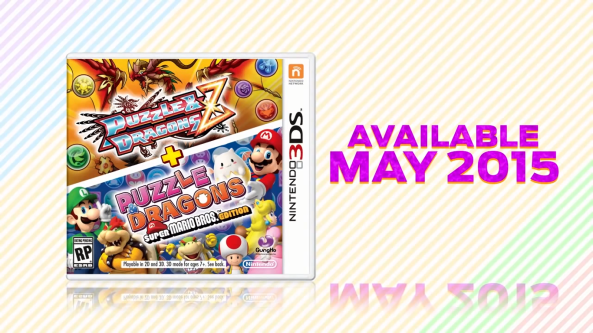 Puzzle & Dragons Z is a very anime influenced puzzle RPG that has been popular in Japan for a while. It’s a match 3 game and appears to be a bit more involved with the numbers and actions on the puzzle board than the original Puzzle RPG, Puzzle Quest. This and the Mario Edition will have a monster/enemy collecting aspect to the game but unclear on the actual rules of the game. 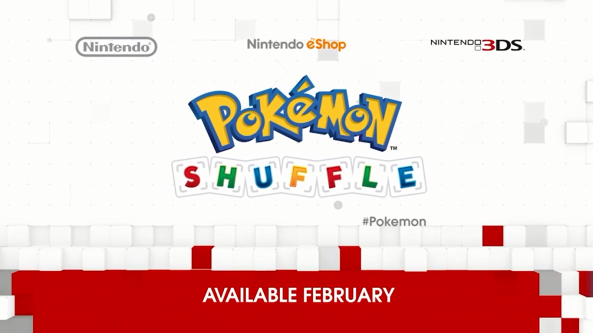 A simpler Pokemon version of Puzzle & Dragons will be coming to the 3DS. It is a free to play version that will have an energy system and micro transaction that will allow for the use of Nintendo Play Coins. 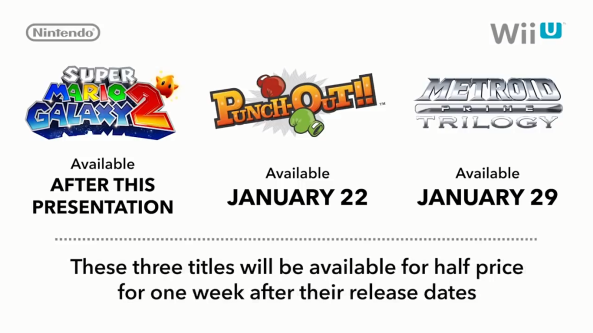 Improved backwards capability is being implemented for the Wii U. Three Wii games will be available for digital download in January: Super Mario Galaxy 2, Punch Out and Metroid Prime Trilogy. These downloadable games will be accessible through the Wii U menu and will allow for Gamepad use for games that used the Classic Controller. It’s unclear whether or not these new feature apply to any disc of the Wii games.

Kirby and the Rainbow Curse 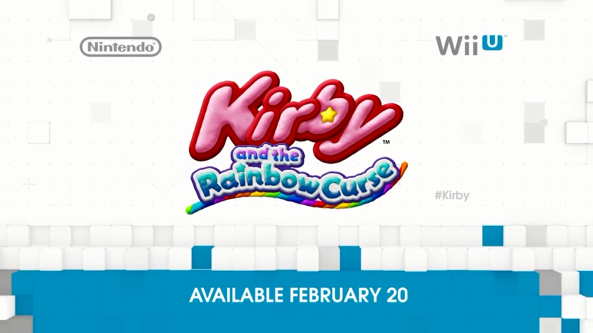 A sequel to Kirby Canvas Curse on the DS. One of the few Wii U games that is actively taking advantage the Wii U Gamepad, Rainbow Curse has you draw lines to guide a rolling Kirby through levels and search for treasure.

Rainbow Curse will have Amiibo support to give Kirby an instant power up and along with the Meta Knight Amiibo will unlock new hats.

The next wave of Super Smash Bros Amiibos will launch in spring along with a new set of Mario Amiibos to coincide with the release of Mario Party 10.

Mario Party 10 will come with a Mario Amiibo at launch and will have an Amiibo Party mode. This mode will allow you to use your Amiibo and play against each other on the game board. The Amiibo will have unique effects on the board and the players but the extent isn’t completely covered.

The Toad Amiibo will be compatible with Captain Toad Treasure Tracker. This will unlock hidden pixelated Toads to find throughout the game.

Other than the game hub that connects game modes, character customization is explained. Players can customize weapon sets of a main, sub and special weapon and their outfits will change the avatar’s stats.

Splatoon seems to be going deeper than I initially thought when I first expected especially after playing other arcade like shooters like Team Fortress 2 and Gotham City Impostors.

Hyrule Warriors is receiving a new DLC pack. The Majora’s Mask pack unlocks two new characters. Firstly, Young Link with the ability to use the Fierce Deity Mask. Secondly is TINGLE! Tingle uses his balloons, rupee bags and other gimmicks to fight. Along with the new characters is a new Adventure Mode Map for continued play. 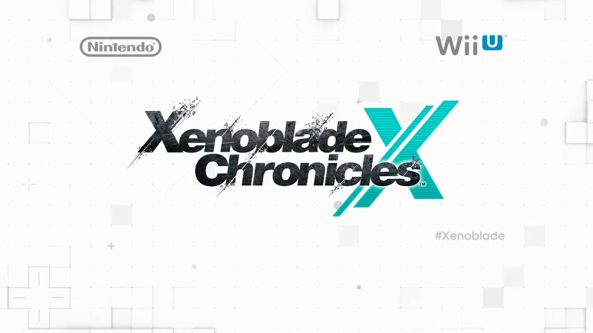 The new Xenoblade trailer reveals more of the story and setting while showing off the massive scope of the world.

The newest Mario Vs Donkey Kong game shows off the level editor mode. Uploaded levels allow other players to vote on the level. These votes give the creators stars to unlock more parts for level creation.

Mario Vs Donkey Kong Tipping Stars will release on both Wii U and 3DS consoles. This is also probably the first game that will support Cross Buy. Buying one version will give you the other version for free. So good on Nintendo for catching up with the times.

Tekken director Katushiro Harada teased a new exclusive Wii U title only known as Project Treasure. It is a free to play game and will have 4 player co-op. It is described as a dungeon crawler where you have to avoid traps, fight enemies and find treasure. Not much else is known. Only glimpses of the character’s faces are shown, and it’s unknown what, if any micro transactions will exist.

The game sound a bit like Gauntlet which sounds awesome but we will have to wait and see. Tekken games do have very entertaining adventure modes so if it’s even half as good as that then I will be impressed.

A 2D sidescroller in the theme of Kid Icarus. It looks faster and more action packed.

Blek is a musical, rhythm, art game. It will take advantage of the Gamepad and 3DS touch screen. Difficult to describe but it has won several game design awards.

You play as the Vice President of Earth. Citizens of Earth is a traditional RPG similar to Earthbound in gameplay, humour and tone. 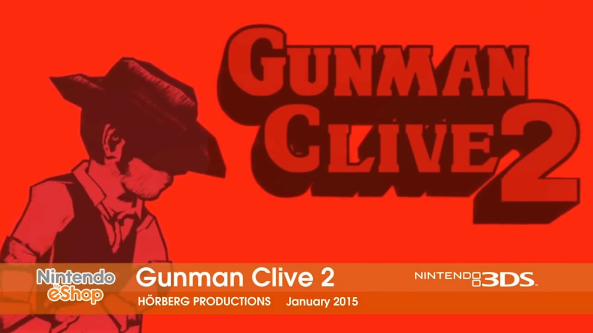 A western themed shooter with a pen and paper aesthetic on the 3DS. There will be four playable characters and has different game types and has a bizarre mix of themes present.

Moon Chronicles is a Sci-fi first person shooter for 3DS. Episode 1 released last year and episode 2-4 will be releasing simultaneously because that’s how episodes work. The game come with a season’s pass for a discounted price.

Sega will be releasing games in their Library under the 3D Classics line:

These are the only games currently announced as surprisingly most of these game haven’t been on most Sega collections before. Most of these games are Sega’s staple titles but it is possible that they come in the future and it’s nice to see more obscure titles get some exposure.

This is a mixture of the Etrian Odyssey and the Pokemon Mystery Dungeon. It is still themed at an Etrian game but has the dungeon crawling mechanics of the Mystery Dungeon series.

Another Harvest Moon type game. Story of Seasons looks like a fast paced version of Harvest Moon and will have online functionality. 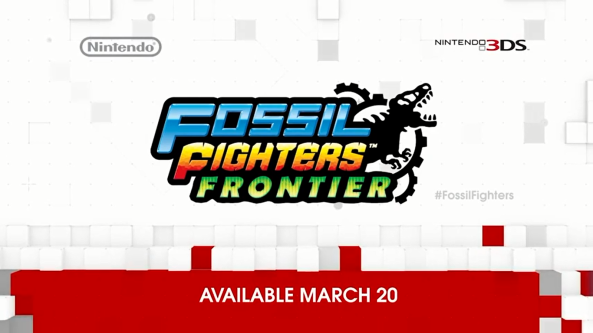 A new Fossil Fighter game is releasing. It is a game where you dig up dinosaur fossils and train them to battle in single player, online, and co-op. There is also a co-op adventure mode too.
Releasing March 20. 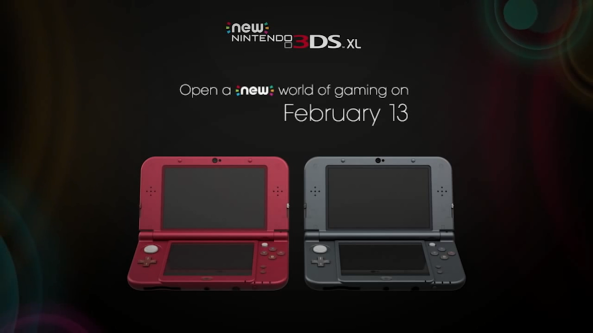 The New Nintendo 3DS will feature:

By the makers of Fire Emblem and Advance Wars is a new turn based strategy game. You create a four person squad and individually control and fight with them on your turn. Appears similar to Valkyria Chronicles but on a smaller scale.

Fire Emblem Amiibos are compatible and a new run of Marth Amiibos will return to shelves.

A port of the excellent Xenoblade Chronicles on the Wii will be a New Nintendo 3DS exclusive. 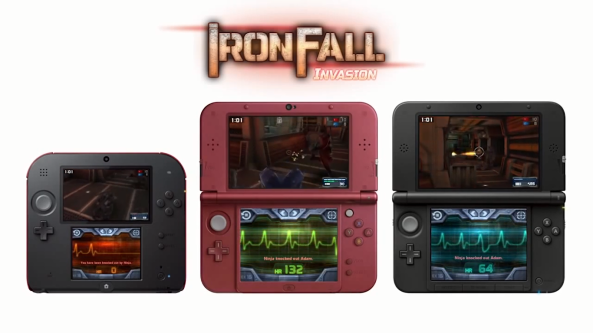 A new Sci-fi first person, availible on the eShop

The gameplay appears similar to the series and will feature 4 player co-op, 14 weapons classes and an improved tutorial system for the very complex Monster Hutner system. Currently the New Nintendo 3DS bundle has sold out of pre-orders.

The Legend of Zelda Majora’s Mask, Special Edition and Console

Majora’s Mask will have new C-stick functionality, new to the series. The Special Edition will have a Skull Kid figurine and has almost immediately sold out of pre-orders and is selling online for a lot. The Majora’s Mask New Nintendo 3DS will not come with the game.

I was initially worried for Nintendo this upcoming year but I have a little more faith in them. I still have a lot of problems with Nintendo, especially will some bone headed decisions but they do seem to be catching up with some more common practices. Whether this means more gamers will be drawn to the Wii U or 3DS will remain to be seen. There’s a lot to look forward to. The question now is how much can you get to?